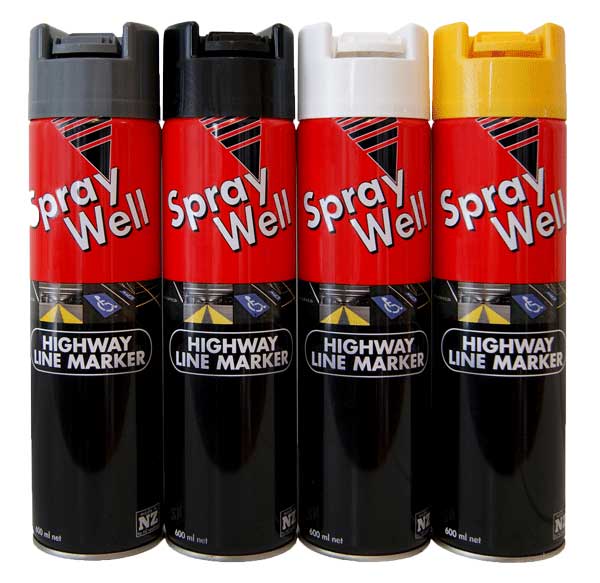 Back in the early 90’s the Forest Industry approached one of Damar Industries’ founding directors, Scott Thomson, with a problem. Workers within the industry who were using spray cans on skid sites, processing yards and in the bush were going home after a days’ work suffering from narcosis. The paints they were using at the time were having an undesirable effect on them, and the industry wanted someone to come up with something to resolve this.  In fine Kiwi fashion, Scott rolled up his sleeves, put his thinking cap on, and in 1992 the brand that many of us have come to know and love, SprayWell was born. Now 21 years later SprayWell is still a market leader in forestry spray paint.

SprayWell remains a proud member of the Damar Industries family of brands and is still 100% New Zealand Owned and Operated. Damar continues to operate from the hub of New Zealand’s forestry sector in Rotorua where it was first established in the mid 1980’s. In recent years Damar itself has undergone significant growth and now has offices located in Rotorua, Hawkes Bay, and Auckland. Damar also acquired another company in Australia, so it’s fitting that in its 21st year, when we all “come of age” that SprayWell has grown up, spread its wings and made a move offshore and is now available on the other side of the Tasman.

“We are incredibly proud of the heritage that SprayWell has in the New Zealand Forestry Industry,” says Wayne Cockburn, Aerosol Divisional Manager for Damar Industries. “Scott Thomson had the brilliant foresight to develop a ground breaking product back in 1992. SprayWell has been a real success story in the forestry industry. My team and I are incredibly honoured to be taking this product through its 21st birthday celebrations. We’ve got a terrific bunch of customers and resellers out in the marketplace and we want to share those celebrations by giving our customers the presents,” he said.